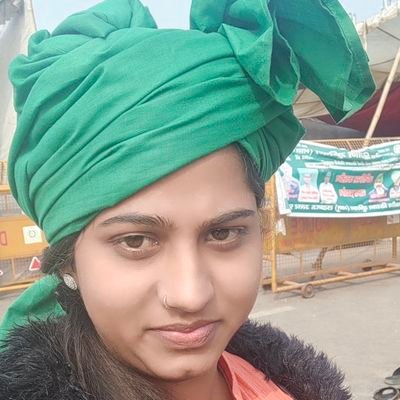 Poonam Pandit ( An Internal Shooter) – Poonam becomes famous when she got involved in the farmer’s movement. At that time her video went viral. Her impeccable manner of speaking enhances her personality. She will emerge as an effective youth leader.

Poonam Pandit is known as an International shooter, Who belongs to District Bulandshahar (Uttar Pradesh). She belongs to a middle-class family, Vinod Sharma was her father and he was Bus Driver. Poonam was noticed when she took a part in Farmer Protest (Kisaan Andolan) in December 2020 at Gazipur Border New Delhi, against the three farm bills introduced by the government.

Poonam was born in 1996 in Ismailpur a village of Dist. Bulandshahar (U.P.). Later she shifts to Meerut and completes her further studies, she completed High School and Intermediate. After that, she went to Gajraula University Venkateshwar for her graduation and completed her B.A. and M.A. from there.

At the age of 8, she started helping his mother. Because her father died at an early age. Her family struggled at that time. She has an elder brother who works in a factory and two sisters who are married.

How Did she become a shooter?

He was Poonam’s uncle who realized that Poonam could be a good shooter. He explained to Poonam and encouraged ger to become a shooter. Later in 2013, Poonam Pandit agreed to her uncle and took admission to an institute in Baghpat and started taking education for shooting.

Poonam had a coach named Neetu Sheoran. Neetu supported Poonam a lot, that is why Poonam learned shooting in a very short time. Due to this, Poonam first qualified the state very easily, and then All India GV Mahalankar, then Northan Zone, and then National also qualified. After that In 2018, she won Gold Medal at International Level.

The struggle of Poonam’s Life

Even though Poonam is seen as a successful player, but very few people know that it was not easy for her to achieve this position. She faced many difficulties for this. Poonam has told in one of her interviews that due to the poor financial conditions of her house, she went to the house of others and washed utensils and clothes.

Apart from this, Poonam also worked with famous Haryanvi dancer Sapna Chaudhry for a year. In this way. Poonam also fulfilled the responsibilities of the family well.

Poonam becomes more famous when she got involved in the farmer’s movement. And at that time a video of her also gone viral. Her impeccable manner of speaking further enhances her personality. She will emerge as an effective youth leader.