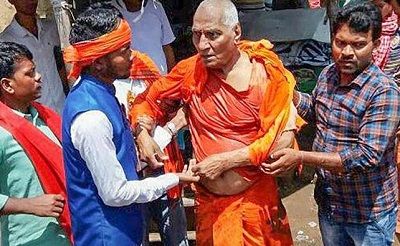 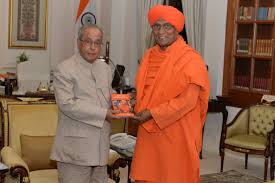 Swami Agnivesh was born on September 21, 1939 as Vepa Shyam Rao at Srikakulam in Andhra Pradesh, raised in Chattisgarh. He has died on 11 september 2020.

He gained degrees in Law and Commerce and completed his education he worked as a teacher for sometime.

In 1970, Swami Agnivesh, who is often in discussion and openly expressing his views on social issues, formed a political party called Arya Sabha in 1970.

In 1977, he was elected MLA in Haryana Vidhanasabha (legislative assembly) and served as Minister of Education in Haryana Government.

In 1981, he founded an organization called Bandhu Mukti Morcha and raised his voice for bandhua mazdoor.

In 2008 he took part in an Anti Terrorism Global Peace Conference organized by Jamiat Ulama Hind at Ramlila Ground Delhi.

Swami Agnivesh also participated in the anti-corruption movement led by Anna Hazare in 2011. However, he later withdrew from the movement due to differences.

Swami Agnivesh also took part in the reality show Bigg Boss. He also stayed at Bigg Boss house for three days from 8 to 11 November in 2011.

In 2018 he was attacked by some Hindu groups in Jharkhand and beaten up brutally and accused that he was sympathetic to Christian missionaries.

Swami Agnivesh was a social activist, social reformer, author, writer and a politician. Swami Agnivesh was a proponent of interfaith dialogue. He played key role in some international organizations interfaith dialogue programs. He addressed many times form international stages.  He participated in the anti-corruption movement led by Anna Hazare in 2011. He also took part in the reality show Bigg Boss. His book Vedik Samajvad is very popular.

Now he has passed away and he is no more among us, such India lost a real hero who is need of a secular India.