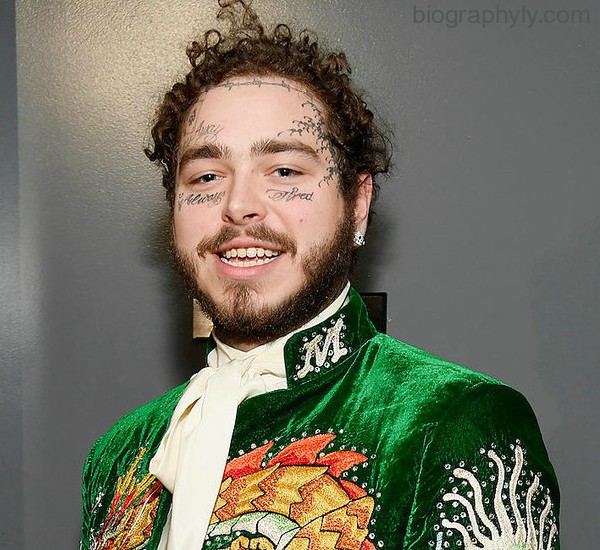 Austin Richard Post the world knows the man as Post Malone.Post Malone is his stage name and the name was chosen as a homage to the basketball player  Karl Malone.But he said about his name that hen got it form a rap name generator.

Post Malone was born on 4th July 1995 in Syracuse,New York.When he was nine years old his parents relocated to grapevine,Texas.

Post Malone created his first mix tap when he was sixteen years old.

Later on he moved to Los Angeles and formed a music group and began to record.His first video was launched in 2015.

Post Malone got fame and gained attention from his debut track ‘White Iverson’ which hit million of views within a month of it’s release. After it he became a well known rapper throughout the country.

The singer has nominated for six time for Grammy awards in which he grabbed 4 times Grammy awards  for Beerbongs & Bentleys and the album was selected as ‘album of the year’.

Post Malone made headlines on March 6, 2020, after worrisome videos of the singer from his Runaway Tour began to surface.

The footage shows Malone engaging in some rather bizarre behavior. One fan posted a compilation video of the “Goodbyes” artist both on stage and interacting with fans during his tour. He “seems to be slurring his words” and even falls on stage while performing. As the user wrote on Twitter,

“You can’t sit there and tell me that this is normal behavior from Post, it’s not and the man needs help before something bad happens to him. Whether it’s alcohol or drugs, he’s not using them for fun anymore, he’s abusing them. it’s too much now, people are worried.”

The compilation post went viral, and soon enough, fans from all over the globe were showing their concern with the hashtag, #Helppost. A grassroots movement began via a Change.org petition titled “Help Post Malone and his Addiction.”

The news surrounding Malone’s behavior is definitely frightening. What’s worse is that Malone is apparently aware of it, too. 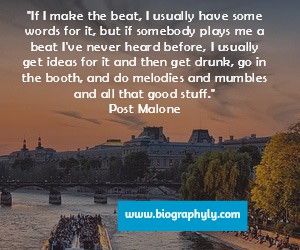 It’s tough to say what may or may not be influencing Post Malone’s behavior, it’s no secret that the rapper likes to drink. He’s known to drink while on stage, as well. Malone doesn’t just save his drinking for songwriting. 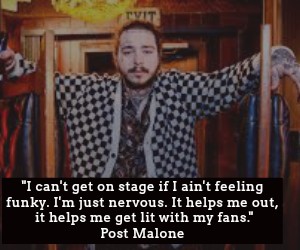 When asked if he’d consider changing his ways, Malone said it was a possibility: “Maybe. I might get tired of it. It’s tough waking up. You know what I mean?“

It’s worth noting that Malone hasn’t had the easiest life, and he’s been open about his struggles when he first moved to California.

In fact, in an interview with Noisey, Posty admitted to getting on the sauce in order to make music.

It’s tough to say what may or may not be influencing Post Malone’s behavior, it’s no secret that the rapper likes to drink. Now his every follower and lover wants not to lose him and they pray that he may come back with all of his charm soon.

That’s all about Post Malone. We’ll meet another fresh topic.