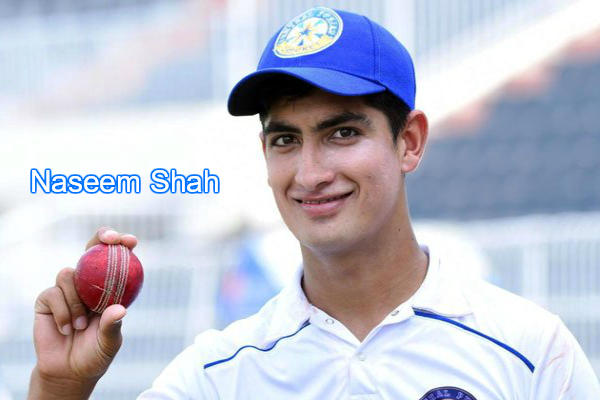 Naseem Shah – Naseem Shah is the new sensation in the world of cricket. You may hear about this emerging fast bowler for his high-speed bowling but now you will see him in the group of hat-rick performer bowlers. Haven’t you heard? Yes, he is now in the club of hat-trick taker bowler in test cricket and no doubt this is a big achievement for a bowler as a bowler.

On 15th October 2019, Naseem Shah was called by National Cricket Board to the national cricket team. After one month he made his debut in November 2019 and became the ninth youngest cricket player in the world.

His first test series was against Australia. But he was enjoyed and he proved his ability in his second match by taking a five-wicket haul.

Seeing him everyone is impressed and the big names of cricket call him Denis Lilly, a former great bowler of Australia while the others predict him as the best bowler of the future.

At just 16, he has already generated massive hype across Pakistan with his pace levels, discipline, and ability to swing and seam the ball.

Now he is in the news for he has taken a hat trick in the first test match against Bangladesh in the ongoing series at Rawalpindi Stadium.

On a hat trick, he had Mahmudullah caught by Haris Sohail to complete his treble after trapping Shanto and Taijul Islam. Not only has the hat trick been recorded but also he became the youngest hat trick performer in the world.

This is all about the youngest fast bowler. We haven’t included in this article information about his family background because we couldn’t find it properly from reliable sources. But we will update it as soon as possible.