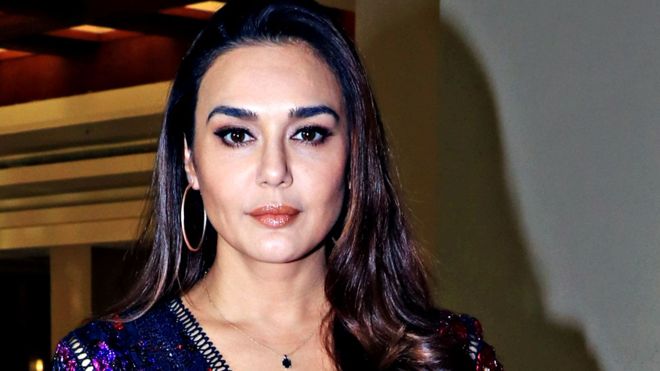 The dimple girl (Preity Zinta) is one of the known actresses of Hindi cinema. Preity is currently co-owner of IPL team Kings XI Punjab. Apart from Hindi films, she also works in Telugu, Tamil and Punjabi films.

Preity Zinta was born on 31 January 1975 in Shimla, Himachal Pradesh. His father Durgananda Zinta was an officer in the Indian Army. Her mother’s name is Neelaprabha, who is a homemaker.

Preity Zinta did her early studies at the Convent of Jesus and Mary Boarding School in Shimla. In her spare time, she played sports like basketball. After finishing school, Preity received a degree in English Honours from St. Bede’s College and a Master’s degree in Psychology.

Preity Zinta was to begin her film career with the Shekhar Kapoor-directed film Tara Rum Pum Pum. Her opposite Hrithik Roshan was in the film, but it could not be made for some reason, after which Kapoor urged director Mani Ratnam to take Preity in his upcoming film Shahrukh Khan and Manisha Koirala in the stater film Dil Se.

Preity was seen as a supporting actress in the film Dil Se. In this film, the beloved audience was seen only for 20 minutes, but in these 20 minutes, they convinced the audience with their serious acting.

She was also awarded the Filmfare Best New Actor Award for her outstanding performance in the film. Her main heroine was the film Soldier. Her opposite Bobby Deol appeared in this film. The film was an action-thriller film. The film proved to be that year’s superhit film.

Preity then played a challenging character in the film Kya Kehna. The story of this film was based on problems like a virgin mother and young pregnancies. She surprised the audience, critics, by playing the role of virgin mother in this film. Se also received nominations for this film at several awards. Including her first Filmfare Best Actress Award nomination.

One such film is Chori Chori Chupke Chupke. Apart from Preity, Rani Mukerji and Salman Khan were seen in the lead roles in this film. It was the first Hindi cinema film to be made on the issue of controversial surrogacy-fare delivery. In this film, Preity played the role of Vaishya named Madhubala. Which Salaman Khan uses for his child’s birth.