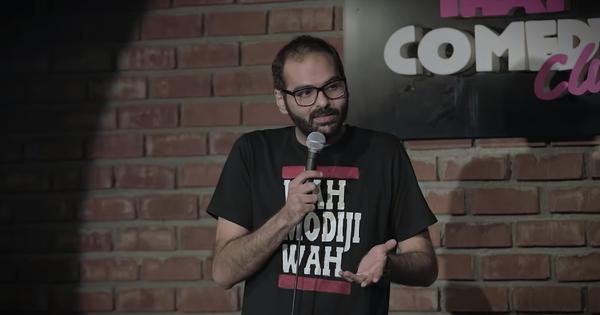 Kunal Kamra is an Indian stand up comedian known for her obsessive comedy about life’s equality. He is also known for his stand up acts on patriotism and the government in Today’s India. Kunal Kamra hosts a podcast on YouTube titled Shut Up Ya Kunal and Kaun Banega Trollpati. He has received immense popularity for his shows. He also received death threat for his edgy political humor.

32-year-old Kunal Kamra was born on 3 October 1988, in Mahim, Mumbai, Maharashtra, and studied at Jai hind College. He completed his degree in commerce.

When he was in college, he started working as a production assistant in Corcoise films after working one year as an intern in MTV. He worked at Prasoon Pandey’s ad film production house for eleven years. He started performing as a stand up comedian in 2013.

His best performances include jokes about cabbies, bachelor life, and funny TV commercials.

He boldly comments and does not hesitate even he has recorded his distress against the supreme court of India.

2 . The pace at which the Supreme Court operates in matters of “National Interests” it’s time we replace Mahatma Gandhi’s photo with Harish Salve’s photo…

3. DY Chandrachud is a flight attendant serving champagne to first-class passengers after they’re fast-tracked through, while commoners don’t know if they’ll ever be boarded or seated, let alone served.

4. All lawyers with a spine must stop the use of the prefix “Hon’ble” while referring to the Supreme Court or its judges. Honour has left the building long back…

In 2020, Kunal Kamra was banned by some airlines after posting a video in which he seen throwing questions at Arnab Goswami.