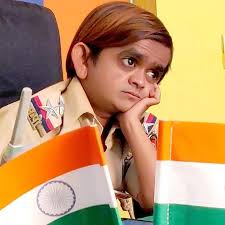 Shafeeq Chotu is better known as Chotu Dada. He is one of the most famous You-tuber in India. Chotu Dada  is a talented comedian. He usually makes short films and comedy videos. He started uploading his videos on You-tube in 2017. Mr. Wasim Anjum, a youtuber, started uploading the videos of Shafeeq Natya. When his videos became viral soon on you-tube, the people curious to know about Shafeeq. There are 5.84 million subscriber Shafiq You Tub. He was the highest video; likes is 5.3 million.

If you want to know more about this beautiful comedian read this article and look at his biography in brief.

His real name is Shafeeq Natay but he is famous as Shafeeq Chotu or Chotu Dada because of his short length.

He was born to a Muslim family.

Shafiq Natya’s his real name while chotu dada is his nickname . His profession is acting as a YouTuber.

He lives in Malegaon.

Shafeeq Natya is very short in height. Shafeeq’s height and his hands are so small that people make him joke. His villagers call him as Chotu. In the beginning, he became irritate on this. But, suddenly he understood that his height is a gift of God and he can make it a source of income. So he decided not to worry about his height and not to be stressed. His height is about four feet.

His weight is 38 k.g.He has Dark Brown Hair and black broad eyes.

Shafiq Natya completing his schooling from a government school in his village. But he has not given any information about his college education. It seems that perhaps he didn’t go any college.

Shafiq’s best friend is Ramzan Shahrukh who is very supportive for him in his career and also in his life.

Besides comedy, he likes singing and dancing.

Shafeeq Chotu: As a Youtuber

Shafeeq got a chance in 2016 to work with Mr. Wasim Anjum who is also a you-tuber. He has offered to make a comedy video for you-tube. He helped as much he could to become an artist. In 2017, he started making videos. Thus, in just two years, Shafeeq became very famous youtuber.

This is all about him. Hope you enjoyed him. Keep in touch with us and be happy.