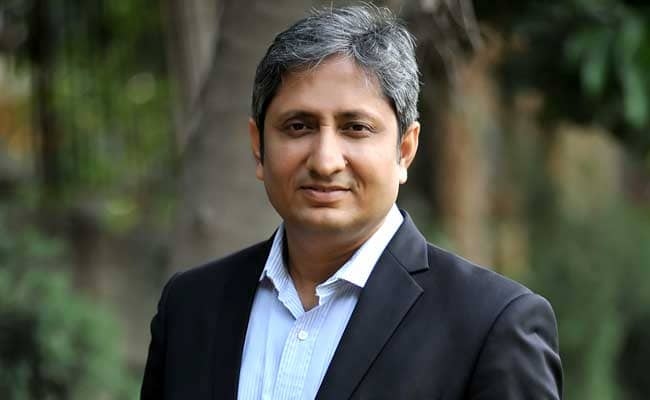 Has Ravish Kumar left NDTV? On August 23, the Adani Group announced plans to purchase VCPL, which owns a 99.99% holding in RRPR Holding and holds a 29.18% stake in NDTV.

NDTV  issued a statement that it had been kept in the dark about the aggressive bid. “Without consulting New Delhi Television Limited (NDTV) or its founder-promoters, Radhika and Prannoy Roy, a notice was served upon them by Vishvapradhan Commercial Private Limited (VCPL) informing them that it (VCPL) had taken control of RRPR Holding Private Limited,” stated the statement from NDTV (RRPRH). This organization holds 29.18% of NDTV. All of its equity shares must be transferred to VCPL within two days.

Although there are rumors that Ravish Kumar has resigned from NDTV, he has made it clear that he has not resigned. Ravish Kumar confirmed that the news of him leaving NDTV is nothing more than baseless Rumors.

In his Tweet, he stated, “Honorable People, the point of my resignation is an as baseless rumor as Prime Minister Narendra Modi has agreed to give me an interview and Akshay Kumar is waiting for me at the gate with Bombay mangoes.”He concluded, “Yours, ravish Kumar, The world’s first and most expensive zero TRP anchor.”

NDTV India hired Ravish Kumar in 1996. He quickly advanced from a reporter to a Senior Executive Editor position. Many of Ravish Kumar’s NDTV programs, such as Ravish Ki Report, Hum Log, and Prime Time, are regarded as some of the most popular in the nation.

Significant sociopolitical concerns are covered in the majority of his shows. Notably, Paharganj was the subject of the first “Ravish Ki Report.” He has previously received death threats because of his reporting.

During the 2013 India against  Corruption Movement led by Anna Hazare and Arvind Kejriwal he become very Popular.

His Famous T.V blackout episode is one of the most famous media shows of recent Indian Television.

Loyola High School in Patna is where Ravish Kumar completed his high school. Later, he enrolled in the post-graduate Hindi Journalism diploma program at the Indian Institute of Mass Communication after graduating from Delhi University’s Deshbandhu College and has working experience of more than 15 years.

He was seen as the common people’s only Voice in Media. Although Journalism has no ideology if we have to classify Ravish Kumar into one, it would be Left-wing.

His aggressive stance against the ruling government has not been New. Even During the previous UPA Government, he was very critical of it Throughout his journalism career his anti-Government stance has made him one of the favorites of the General Public.

Take any election in the recent decade, his election coverage and analysis have gained mass popularity, coverage, and TRP.

His Anti-Government stance can be proved by the fact that no ruling party spokesperson i.e from the BJP comes to his debate source.

All the points prove to us the fact that Ravish Kumar is still working at NDTV and the news of his leaving NDTV was nothing more than a farce.

The link to his