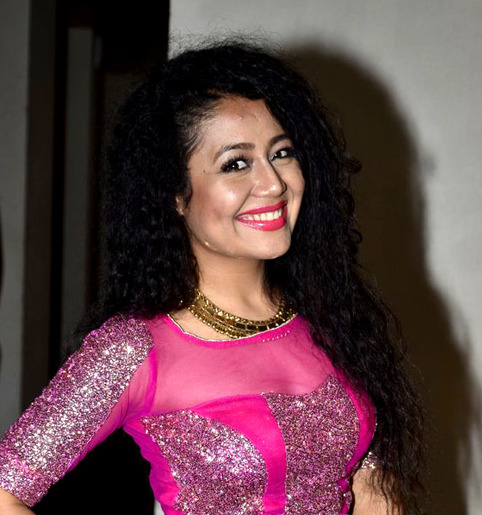 Neha Kakkar is an Indian playback singer. ‘Neha Kakkar’ started her career with the singing reality shows Indian Idol. Neha Kakkar is also very active on YouTube. Neha’s song ‘Mile Ho Tum Humko’ is considered one of the most hit songs of the Indian music industry. Talking about Neha’s family background, she belongs to a middle-class family in Rishikesh.

If sources are to be believed, ‘Neha Kakkar’ started his music career by singing in Mata’s Jagrato. The story from his harem to the floor is quite interesting. So, let’s know the success story of “Neha Kakkar” as well as try to know how Neha Kakkar became the famous playback singer of Bollywood.

Neha Kakkar was born on 6 June 1988 in Dev Bhumi Rishikesh Uttarakhand. Later Neha’s family shifted to Delhi. Neha was fond of singing since childhood. She told in an interview that- “She considers her musical idol elder sister Sonu Kakkar”.

Neha started singing by watching her elder sister Sonu Kakkar sing. Neha used to sing Mother’s Jagran in Delhi since childhood. Neha says that many times she used to sleep while singing in the mother’s post. In this way, his childhood was spent enjoying music.

Neha studied at New Holy Public School in Delhi. But her fans will be surprised to know that Neha has not even completed her school. He has studied only up to 11th class.

That’s because at the same time, Neha had exams and at that time Neha was selected for Indian Idol. Neha had to study and choose one of her Passion. Neha chose her passion and said goodbye to studies in 11th standard.

Neha Kakkar started her career with the singing reality show Indian Idol-2 in 2006. As I told you above. Neha Kakkar had chosen her passion by quitting studies. And in Indian Idol, she also managed to make the top five. But after that, she lost in the final.

Neha was very sad at that time. But he did not give up. After this Neha released an album titled “Neha the Rockstar”. After this album, Neha got wings. Then he never looked back and then he gave tremendous hits to the music industry one after the other. Meanwhile, Neha also grew her fan following on Youtube.

Neha started uploading her songs on YouTube. YouTube made Neha an overnight celebrity. Neha’s song ‘Mile Ho Tum Humko’ was a huge hit on YouTube. Today he has 150 million views on this song. Which are gradually increasing… Neha also does live shows. She has done around 1000 live shows so far. Neha is fondly called Indian Shakira by her fans.

Neha Kakkar, who achieved a distinct position on YouTube, was a huge success when she sang the song ‘Second Hand Jawani’ for Cocktail in 2011 which was one of the most super hit songs of the time. YouTube is also behind the big success of Neha Kakkar.

He has millions of followers on YouTube. Who likes Neha a lot? Superhit songs like her songs ‘Shahrukh Anthem’ and ‘Mile Ho Tum Humko’ on YouTube gave Neha a special identity. Today Alam is that every music director wants to work with Neha Kakkar.