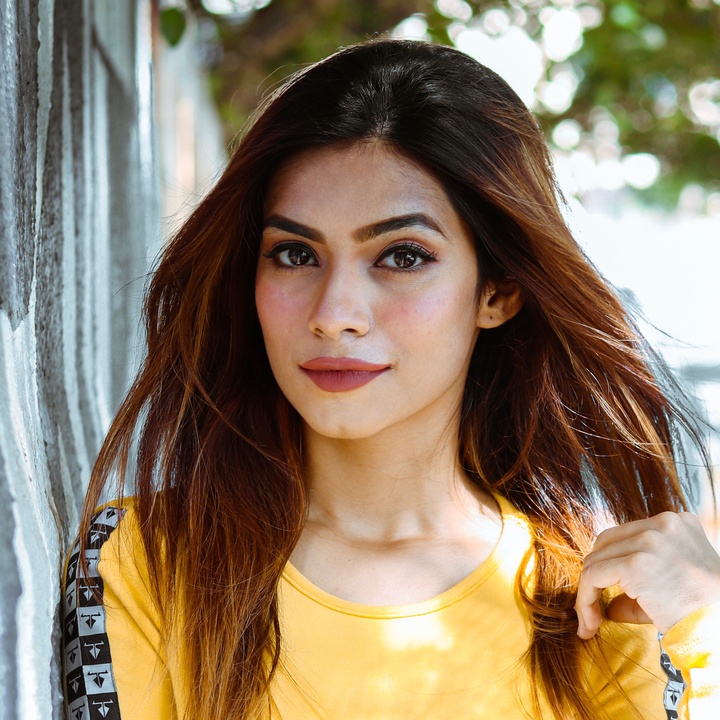 Nagma Mirajkar is an Indian Tik Tok Superstar known as Dancer, Actor, Social Media Influence. Nagma is a style guru who has over 9+ million followers on Tik Tok. Nagma is very popular for making dance, lip-sync, comedy and other music videos.

Nagma is 27 years old and was born on 24 January 1992 in Gurgaon (Gurugram Now), Haryana, India. She belongs a Muslim family. Nagma is a girl who knows how to enjoy the moments of this short life. She also has a younger brother named Mohammad Ali Mirajkar.

Her brother is almost seven years younger than her. Both of them love each other very much and their bond seems unbreakable. Nagma told the media that her father is her inspiration.

Nagma is an educated and ambitious girl. She has done a master’s in studies and after doing master’s, she worked in a hospital in Mumbai. After that it became popular in social media and due to her talent, she is today at the stage that even big Bollywood actors are making videos with her so that they can promote their music videos and films.

Nagma Mirajkar hails from a Muslim family. Her mother and father’s name are not known to us but her younger brother is Mohammad Ali Mirajkar as mentioned above.

Her name is very much discussed for her boyfriend because if the media is to be believed then her boyfriend is none other than Awez Darbar who is also a social media superstar, who also lives in Mumbai and recently has opened a dance academy named B You Academy. Both of them often appear in each other’s videos and their fans also like their pair very much.

Apart from being a Tik tok star, Nagma Mirajkar is also a fashion blogger, whose fashion tips and dressing style are loved by her fans.

However, Nagma has a degree in commerce, and later enrolled in an MBA before being admitted to a major hospital in Mumbai, and after that she appeared in Awez Darbar’s Tik Tok video, where people liked her very much and then Nagma started her own musically account and today she has millions of fans.