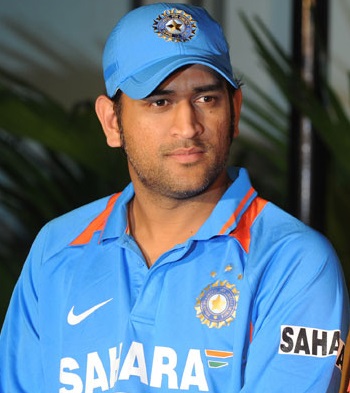 Mahendra Singh Dhoni is one of the most famous and popular Indian Cricket players. Putting his best leadership skills for One day and test matches, he served as the former captain of the Indian National Cricket team.

MS Dhoni is also known for his best skills of wicket-keeping.

He was one of the Indian Team’s best players even in some very critical situations.

He debuted One Day International cricket In December 2004, where India was playing against Bangladesh.

A year later, he debuted in test cricket, which was played against Sri Lanka.

MS Dhoni also captained the IPL team, the Chennai Super Kings. Under his captaincy, the Chennai super king teams have won 2 IPL titles as well as Champions League Twenty 20 in 2010.

MS Dhoni was born on 7th July 1981 in his hometown Ranchi, Bihar. MS Dhoni has a sister and a brother.

In school days, MS Dhoni plays badminton and football; besides, he was the goalkeeper of his team. In the football match, MS Dhoni impressed everyone by his goalkeeping skills, and this is why he gets a chance for wicket keeping in the CCC means Commando Cricket Club from 1995 to 1998. MS Dhoni also performed well in under 16 championship.

After that, MS Dhoni started focusing on his cricket game after passing out the 10th exam.

MS Dhoni also worked as a TTE that is nothing but Train Ticket Examiner for three years.

MS Dhoni got married to Sakshi on 4th July 2010; the couple has a daughter; her name is Ziva.

MS Dhoni received the Man of the match and series awards on several occasions.

The highest ten sixes in an innings made by MD Dhoni are the 6th highest inning record in the ODI cricket match.

Under the captaincy of MS Dhoni, the Indian cricket team reached the best score of 726.

Under the captaincy of MS Dhoni, the Indian cricket team won all the international trophies, like t20 world cup, 50 overs world cup.

Under the captaincy of MS Dhoni, the Indian cricket team won the series outside India.

He is the only ODI captain who has played at seven numbers and scored 100 runs.

MS Dhoni is the first player who reaches 4000 runs on the test matches.

The Bollywood film industry tributed him by making a film on his life to show his achievements  in which Sushant Singh Rajput played MS Dhonis role.

MS Dhoni also received various awards. Besides all, MS Dhoni is a good man. Every time he keeps his mind fresh. He is a cool guy for everyone.

He has a keen interest in riding bikes, so he has nearly every costly bike in his garage.

As getting this information, you will get the basic and important details about the MS Dhoni.