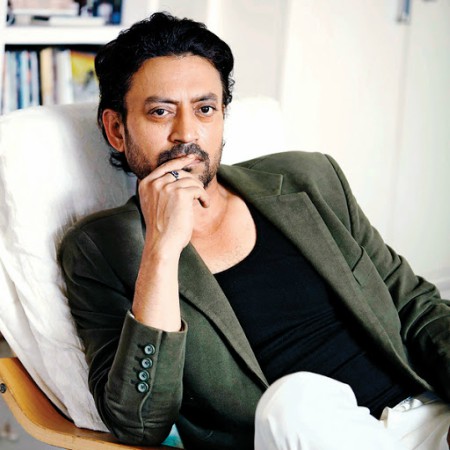 Irfan Khan: A complete Biography of A Real Actor From Birth till Death

Irfan Khan was a famous actor of Bollywood, the Indian film industry. He was a natural actor. Everyone who watched him can say without any hesitation that the acting was in his jeans.

Although he had not a charming face, his acting ability brought him into this industry. His eyes used to speak more than his lips.

He started his career as a television actor. Then, he entered the film industry with Salam Bombay in 1998.

Later on, he played a number of memorable roles in films like ‘Pan Singh Tomar’, ‘Hindi Medium’,’Hasil’, ‘Haider’.

He also worked in Hollywood films like ‘Mighty heart’ and ‘Jurassic Park’. He worked as an actor in more than 50 films.
For his great work, the Indian government has given him the ‘Padma Shree Samman’ one of the great awards of India.

Irfan Khan was born on 7 January 1967 in Tonk, Rajasthan, India. He was a Muslim.

His father was a landlord and had a hobby of hunting. They used to live in a rental house.

He was a very shy boy in his childhood.To break his shyness and prove his talent, he decided to become an actor.

He married to Sutapa in 1995. She was his mate from school time. He shared the classroom with her in the National School of Drama. He has two sons to her.

Who can forget the promotional ads which he did for Vodafone?Chhota pack.

He was fighting against cancer, but at least cancer has won the race, and he left his last breath in Kokilaben Hospital Mumbai on 29 April 2020.He had been suffering from this disease since 2018. He was cured by getting treatment for this disease abroad has recovered and came back to home after recovery and worked in the film Agrezi medium, but it became his last film.
The film was released some time ago for the audience, and the people liked it a lot.