Hiba Nawab also knew as ‘Hibu’ is a famous actress and model in India. She was born on 14 November 1996 at their hometown in Bareilly, The northern Indian State of Uttar Pradesh. Her father is Dr. Nawab Firoz Ali and her mother is Rusha Nawab.

Hiba Nawab religion is Islam. At her young age, she dreamed to be a lawyer someday. And in her early childhood, she liked to act and joined in school’s cultural programs. She finished her studies from Bishop Conrad Sr. Sec. School and completed graduation in Bareilly, Utterpradesh. She was only 12 years old when she got to start on act in TV

series such as “SaatPhere” and “Ssshhhh…Phir Ki Hai” and “Ho Gai Puja Aap Ki”. Hiba became famous by playing the role as AmayaMarthur in “TereSheher Mein” on Star Plus TV show. She also made her debut as a lead actress in the 2013 Channel V’s series “Crazy Stupid Ishq” 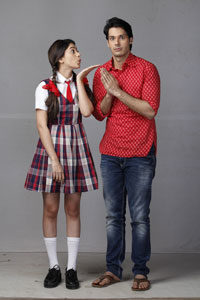 where she portrayed the character of Anushka. In 2015, she won STAR Parivaar Awards for the television show “TereSheher Mein” under the category of Most Stylish-Female. Aside from acting, she is a foodie person and really likes to eat Jalebi and Samosa. She also considered herself as a chocoholic or the one who loves so much chocolate. She likes dancing and singing, and one of her hobbies is to watch Television.

At her young age of 22, Hiba is just like another teenager nowadays. She is habitually taking selfies and love to do it in front of the mirror. She is a selfie queen. She liked to do photo shoots and like to capture amazing pictures. HibaNawab considered as the younger generation of Indian television. She is also one of the popular and in-demand actresses in the Indian entertainment industry. 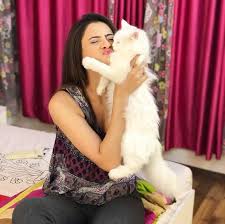