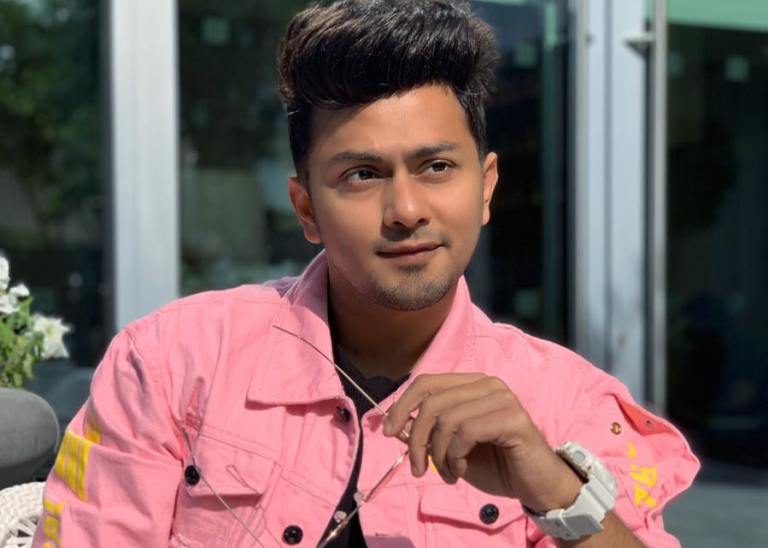 Awez Darbar is also an Indian actor, choreographer, entertainer, influencer and now a TikTok star. He was born on 16 March 1993 in Mumbai, he did his schooling from St. Stanislaus High School, Bandra!

He has completed his graduation from Mumbai University, Maharashtra! He is mainly known for his comic videos and dance videos on Tik Tok.

Awez Darbar is the son of composer Ismail Darbar, who has also been the judge of the show Sa re ga ma pa on zeetv and has also given music in many of Sanjay Leela Bhansali’s films.

He loves his fans very much and in his tik tok videos keep giving some good message for the youth of today! He is also well-liked by the viewers for his fashion sense, his hot style, his cute smile, and his dashing personality.

Awez Darbar has a great fan following on tik tok, he has about 13.9m followers (and counting) on ​​Tik tok, on which he has got around 443.8m hearts! They also have a YouTube channel where they have 388k Subscriber and they are not very active there, but still, about 102 videos have been added to their Youtube account!

Now if we talk about his Instagram account, Awez has around 1.9m followers on Instagram, which is no small thing! This is an emerging artist and we hope that his followers will grow in the future!

The father of Awez Darbar is Ismail Darbar, who has been the music director! His mother’s name is Farzana Darbar who is a housewife! He also has a Behen named Anam darbar! His brother’s name is Zaid darbar. Both his brother and Behen are active on Tik Tok and other social media platforms!

Awez darbar is, by the way, single and is currently focusing on his career! But some rumors are circulating in the media that this Tik-tok star is dating Nagma Mirajkar as both of them appear in most of the videos together. However, both of them have not said anything in the media about their relationship and consider each other only as best friends.

Tik Tok is a very fast-growing social media platform and is always in trending news. Everybody uploads his videos on Tik Tok, from the country’s young to the elderly, and all these are not left with the charm of tik tok.

Tik Tok has become a major part of the life of most of the people living in India and people spend hours on this app every day. Making videos on tik tok is not a difficult task, you just have to do lip-sync, but do not think it too easy.

The arrival of TikTok has also done a good job, this app has also made a star of poor people of India, which earlier seemed impossible! Through this, people living in small villages also started coming online and became famous!