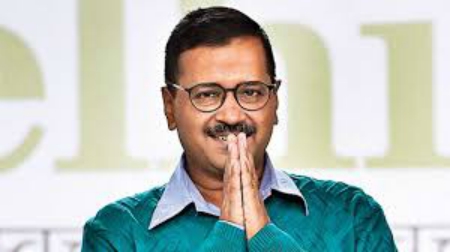 Arvind Kejriwal has no need to introduce. You might see him with Anna Hazare in the protests demanding Jan Lokpal before 2012. Arvind Kejriwal began his life as an Indian Revenue service officer but he came in limelight after drafting the Jan Lok Pal Bill. Let’s have a look at his biography shortly in this article.

Arvind Kejriwal was born on 16 August 1968 in Bhiwani, Haryana to a well educated couple Gobind Ram Kejriwal and Geeta Devi.He has a younger brother and a younger sister. He studied in Campus school in Hisar. He is graduated in Mechanical Engineering from IIT, Kharagpur in 1989.In 1992,he cleared the civil service examination.In 2006,he resigned from the post of joint commissioner in the Income Tax Department.

In 1999, Kejriwal helped in the foundation of an NGO named ‘PARIWARTAN‘. It’s aim was to assist the citizens in electricity, income tax and food ration related matters.

In 2006, Arvind Kejriwal won the world fame Ramon Magsaysay Award for emerging leadership for his contribution to empower the  poorest at the grassroots level and implement the RTI act. By this way, he got a considerable money but with this income he founded another NGO named ‘PUBLIC CAUSE RESEARCH FOUNDATION‘ IN 2006.

In 2012,On 26 November, he launched the AAM AADMI PARTY (AAP) in Delhi. In his first election Arvind Kejriwal defeated the then chief minister and chief ministerial candidate of congress party Sheela Deekshit. in its electoral debut in 2013, AAP emerged second largest party winning 28 seats of 70 and with the support of Indian National Congress Party AAP formed government and Arvind became the first chief minister of aam aadmi party but after 49 days tenure he decided to resign for spreading his message across the country in parliamentary election of 2014.

Arvind Kejriwal sworn as chief minister of Delhi on 14 February 2015 second time at the famous Ramlila Ground when his party formed a full majority government by winning 67 out of 70 seats and he promised to stay in Delhi and to work for it’s development and meant it by completing successfully 5 years.

Kejriwal is married to his batch mate from Mussoorie, Sunita.Now, she is an IRS officer.They have two children Harshita and Pulakit.